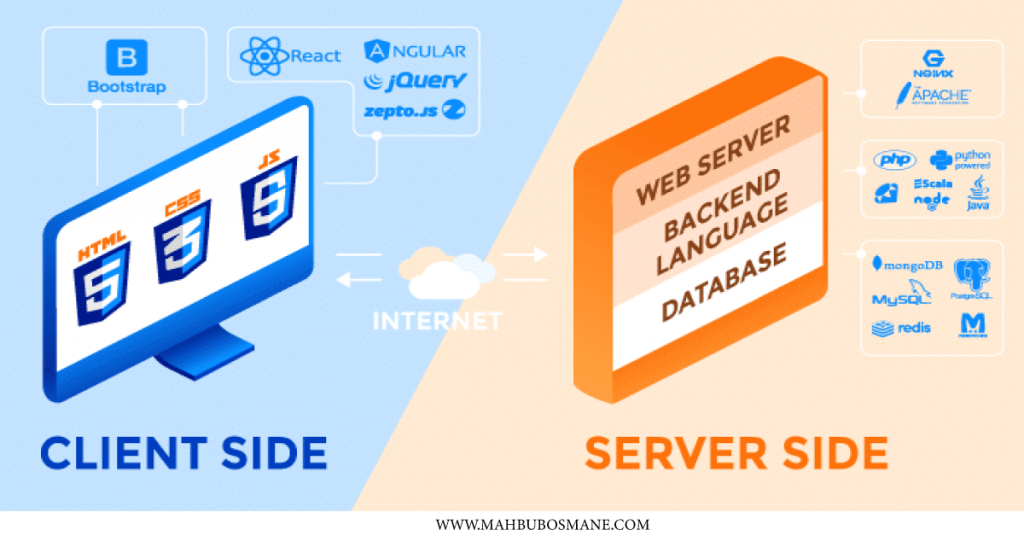 Built-in Google’s smart functions are now easier, safer, and faster than ever. Automatic protection against security issues such as phishing and dangerous sites. Designed to keep you safe. One browser, all devices. Use the autofill function to enter less content.

Safari is a graphical web browser developed by Apple based on the WebKit engine. The mobile version was first released on the desktop version of Mac OS X Panther in 2003. Since the iPhone was launched in 2007, the mobile version has been bundled with iOS devices. Safari is the default browser on Apple devices.

Mozilla Firefox is a free and open-source web browser. Firefox is developed and provided by the Mozilla Foundation and Mozilla Company. Anyone can download and use Firefox for free. The source code is also open to the public.

HTML (Hypertext Markup Language) is the most basic building block of the Web. It defines the meaning and structure of web content. In addition to HTML, other technologies are often used to describe the appearance/representation (CSS) or function/behavior (JavaScript) of web pages.

A cascading style sheet is a style sheet language used to describe the representation of documents written in a markup language (such as HTML). CSS is the basic technology of the World Wide Web together with HTML and JavaScript.

Less (for Leaner style sheets) is a backward-compatible language extension of CSS. This is the official documentation of Less, Language, and Less. js, a JavaScript tool that converts your Less style into CSS style.

Less (for Leaner style sheets) is a backward-compatible language extension of CSS. This is the official documentation of Less, Language, and Less. js, a JavaScript tool that converts your Less style into CSS style.

JavaScript, usually abbreviated as JS, is a programming language that conforms to the ECMAScript specification. JavaScript is advanced, usually just-in-time compiled, and multi-example. It has curly brace syntax, dynamic typing, prototype-based object orientation, and first-class functions.

CoffeeScript is a programming language that can be compiled into JavaScript. It adds syntactic sugar inspired by Ruby, Python, and Haskell to enhance the simplicity and readability of JavaScript. Specific additional functions include a list comprehension and structure assignment.

Python is an interpreted high-level general-purpose programming language. Python was created by Guido van Rossum and first released in 1991. The design philosophy of Python emphasizes the readability of the code by using a lot of white space.

Ruby is an interpreted high-level general-purpose programming language. It was designed and developed by Matsuki Yukihiro “Matz” of Japan’s Maki in the mid-1990s. Ruby is dynamically typed and uses garbage collection.

PHP is a general scripting language, especially suitable for Web development. It was originally created in 1994 by Danish Canadian programmer Rasmus Lerdorf; the PHP reference implementation is now produced by The PHP Group.

Go is an open-source programming language that makes it easy to build simple, reliable, and efficient software.

Swift is a general-purpose, multi-paradigm, compiled programming language developed by Apple Inc. and the open-source community, first released in 2014

Java is a class-based, object-oriented programming language that is designed to have as few implementation dependencies as possible.

Meteor is an open-source platform for web, mobile, and desktop, used by more than five million developers worldwide to simplify, efficient, and extensible JavaScript application publishing.

Node.js is an open-source, cross-platform, back-end JavaScript runtime environment that can execute JavaScript code outside of the web browser.

Ruby on Rails or Rails is a server-side web application framework written in Ruby under the MIT license. Rails is a model-view-controller framework that provides default structures for databases, web services, and web pages.

Django is a high-level Python web framework that encourages rapid development and simple and practical design. It is built by experienced developers, and it solves most of the hassles of web development, so you can focus on writing applications without reinventing the wheel. It is free and open-source. too fast.

Ionic was created in 2013 by Max Lynch, Ben Sperry, and Adam Bradley of Drifty Co. as a complete open-source SDK for hybrid mobile application development. The original version was released in 2013 and is based on AngularJS and Apache Cordova.

Foundation for Sites 6 aims to move your project from prototype to production more effectively than ever! It includes a variety of modular and flexible components that are easy to design. These versatile and lightweight building blocks make it easy to realize your ideas.

WordPress is a free content management system for building and maintaining websites. Its ease of use and unique blog features have made it the most popular blogging tool on the Internet. WordPress provides a web-based user interface for designing, publishing, and updating websites.

Drupal is a content management software. It is used to make many websites and applications that are used every day. Drupal has excellent standard features, such as easy to write content, reliable performance, and excellent security. However, what makes it unique is its flexibility. Modularity is one of its core principles. Its tools can help you build the common structured content needed for dynamic web experiences.

AngularJS is a structural framework for dynamic web applications. It allows you to use HTML as a template language and can extend the syntax of HTML to express the components of an application clearly and concisely. AngularJS’s data binding and dependency injection save you from writing a lot of code.

Ember.js is an open-source, free JavaScript client framework for developing web applications. By providing a complete solution including data management and application flow, it allows the construction of client-side JavaScript applications. The original name of Ember.

Backbone.js is a model view controller (MVC) web application framework that provides a structure for a large number of JavaScript applications. This is done by providing models with custom events and key-value bindings, views using declarative event handling, and a rich collection of application programming interfaces (APIs).

jQuery is a lightweight “write less, do more” JavaScript library. The purpose of jQuery is to make it easier to use JavaScript on a website. jQuery performs many common tasks that require a lot of JavaScript code to complete and wraps them into methods that can be called with a single line of code.

The underscore is the first character in the ID and is usually used to indicate an internal implementation, which is not considered part of the API and should not be called by code outside the implementation. …Variables that are only underlined usually have special meanings.

The name Redis means a remote dictionary server. [6] The Redis project started when Salvatore Sanfilippo, the original developer of Redis, nicknamed entire, was trying to improve the scalability of his Italian startup and develop a real-time web log analyzer. After experiencing serious problems when using traditional database systems to scale certain types of workloads, Sanfilippo began to prototype the first prototype of Redis’s proof of concept in Tcl. [9] Later, Sanfilippo translated the prototype into C language and implemented the first data type, namely the list. After several weeks of successfully using the project internally, Sanfilippo decided to open source it and announced the project on Hacker News. The project began to receive attention, especially in the Ruby community. GitHub and Instagram were among the first companies to adopt the project.

The name Redis stands for a remote dictionary server. [6] The Redis project started when Salvatore Sanfilippo (nicknamed entire), the original developer of Redis, started trying to improve the scalability of his Italian startup and develop a real-time web log analyzer. After experiencing serious problems when using traditional database systems to scale certain types of workloads, Sanfilippo began to prototype the first prototype of the Redis proof of concept in Tcl. [9] After that, Sanfilippo translated the prototype into C language and implemented the first data type, the list. After several weeks of successfully using the project internally, Sanfilippo decided to open source it and announced the project on Hacker News. The project started to receive attention, especially in the Ruby community. GitHub and Instagram were the first companies to adopt the project.

MySQL (“My S-Q-L”) is an open-source relational database management system (RDBMS). Its name is a combination of the name “My” of the daughter of co-founder Michael Widenius and the abbreviation “SQL” of Structured Query Language.

Microsoft SQL Server is a relational database management system developed by Microsoft. …On a computer or another computer on a network (including the Internet). …Because the execution is actually split into different processors, which may mean that it is a Microsoft proprietary procedural language extension for SQL Server.

HTTP is Stands for “Hypertext Transfer Protocol”. HTTP is a protocol used to transfer data through the Web. It is part of the Internet protocol suite and defines commands and services for transmitting web page data. HTTP uses a server-client model.

Differential dynamic programming (DDP) is an optimal control algorithm for trajectory optimization. The algorithm was proposed by Mayne in 1966 and then analyzed in the book of the same name by Jacobson and Mayne.

Representative State Transfer (REST) is a software architecture style that defines a set of constraints for creating Web services.

JSON (JavaScript Object Notation) is a lightweight data exchange format. Humans are easy to read and write. The machine is easy to parse and generate. It is based on a subset of the third edition of the JavaScript programming language.

Extensible Markup Language (XML) is a markup language that defines a set of rules for encoding documents in a format that is both human-readable and machine-readable.

A CSV is a comma-separated values file, which allows data to be saved in a tabular format. CSVs look like a garden-variety spreadsheet but with a. CSV extension. CSV files can be used with almost any spreadsheet program, such as Microsoft Excel or Google Spreadsheets.

Thanks for reading and I hope you will comment below about the new web technology. 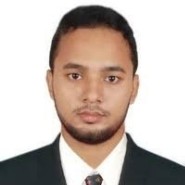 Hi, my name is Mahbub Osmane; a 30-year-old, Digital Marketing Consultant, Entrepreneur & Public Speaker. I’m the Founder of PoriPurno & ByteCodeSoft, Head of Marketing at ThemeXengine. Last 10 years I have been working as a Digital Marketer & SEO consultant where I worked for over 200+ businesses and ranked them higher and boost their sales funnel. Visit https://mahbubosmane.com/about to know more.

What Is Google Rankbrain? How Rankbrain Is The Future Of SEO? 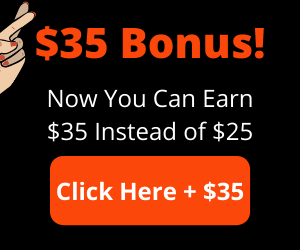 has been added to the cart. View Cart
Loading Comments...
});